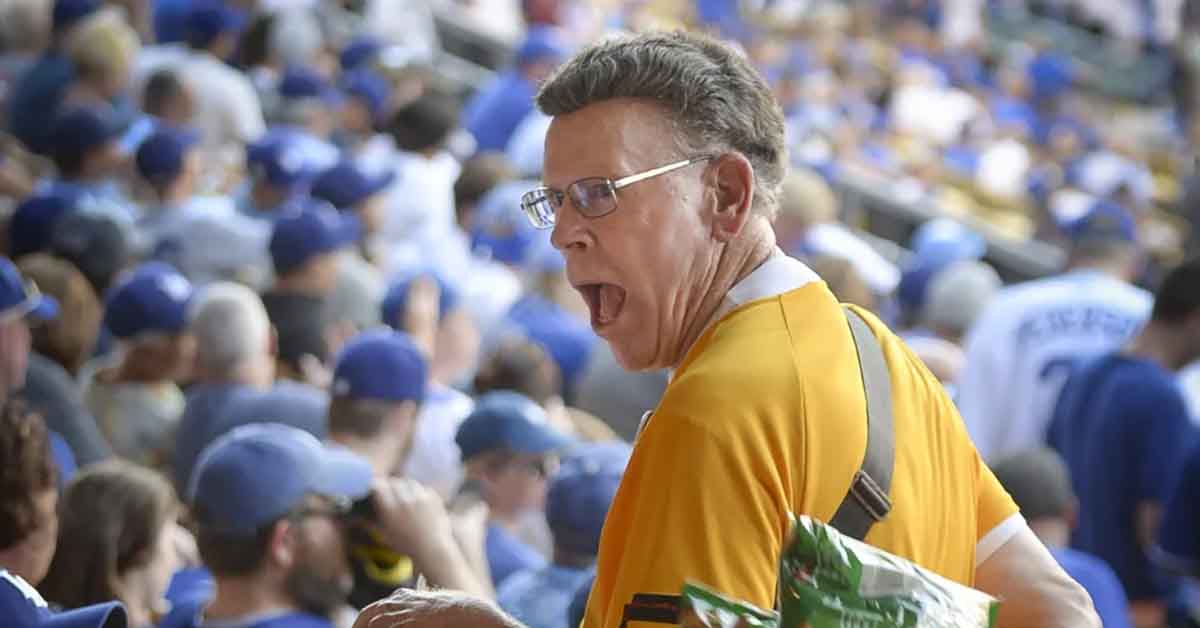 There’s a controversy brewing, but you probably don’t know about it unless you are a Los Angeles Dodgers baseball fan and regularly attend games at the ballpark.

79-year-old Roger Owens has been walking the stands, selling and tossing bags of peanuts to fans for almost 60 years. He is considered an institution at Dodger Stadium, his antics at throwing peanuts an attraction many have associated with summer itself.

Here’s a video of the man in action:

Roger Owens has been pitching peanuts for the Dodgers for 59 years! He’s still got it! For more read @TomHoffarthSCNG upcoming story. pic.twitter.com/15w65ktwJf

But while the so-called “Peanut Man” can still sell his peanuts to fans, he is no longer allowed to toss them. He has been instructed by Levy Restaurants, the company that manages the stadium’s concessions, to tell those who ask that the decision was made for safety reasons.

That response may lead some to think that Levy is banning Owen’s peanut tossing for fear of an innocent bystander getting clocked in the head with an errant throw, but others are aware that peanut dust has the potential for causing severe reactions in those that are allergic.

In any event, fans are not taking the ban lightly. The LA Times asked a number of ballpark visitors what they thought of the new restrictions. Here are a few responses:

It’s ridiculous. I’ve seen him there since I was a kid in the 70s. Was anyone ever injured by a bag of peanuts that he threw? Is the concern that flying peanut dust will trigger someone’s severe peanut allergy?

Very disappointed — what’s next? They should stop selling beer if they’re concerned about fan safety. I tell you we look forward to buying peanuts from Mr Owens — he gives it a special touch when he tossed a bag of peanuts. What can be so dangerous on throwing a bag of peanuts. Come on be serious. A total joke.

I’ve known him since I was a kid (always just knew him as “the peanut guy”) and I’m OLD!!!

You can ban everyone else, but Roger must be allowed to throw peanuts as long as he wants to.

These corporate Scrooges come off like a villain in a Charles Dickens novel. How do they not realize this? They are Chevy Chase’s boss in Christmas vacation. They are Montgomery Burns. They have no business within 1,000 miles of the entertainment industry. Let people play!!

And finally, one opposing opinion:

Although his tossing of peanuts was very entertaining, I always thought it was unusual and concerning that it was allowed. I would see people who could not catch the peanuts or if he missed his target from afar. It is probably for the best, safety wise, that he is not allowed to throw the peanut bags anymore.

Now, you be the judge: what do you think of the peanut ban and what would you say to the fans above? Is this an overreaction or a warranted move by the concessions company? Sound off below and let your voice be heard!