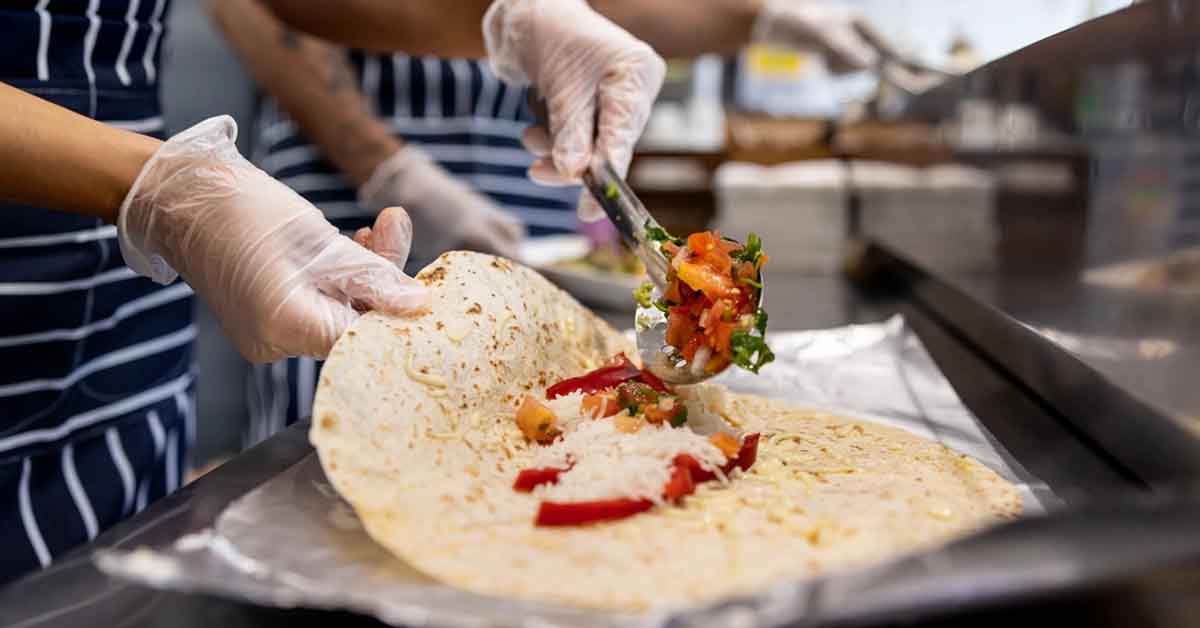 Joe Dobson, a 19-year-old from the UK, sat down to dinner with friends at a restaurant in the resort town of Playa del Carmen, Mexico, where he had eaten before.

He was allergic to sesame, eggs, milk, and peanuts and was careful to order a vegan burrito and describe his sesame allergy to the waiter in English and Spanish.

When the food arrived, he used a flashlight to inspect the food for sesame.

A statement from Dobson’s friend Harriet Preston — read during an inquest at South London Coroner’s Court in Croydon — described what happened next:

When the food arrived, it was sent back as Joe believed it contained sesame.

Joe tried to tell the staff at the restaurant in basic English that if he eats sesame he will die.

He took two bites and said no, that’s got it in it.

He went over to the bar staff, they were in denial. He could feel it in his throat.

He said he needed an ambulance but the staff were reluctant.

The staff did not treat our situation like what it was. There was no basic first aid or knowledge.

Dobson had left his epinephrine auto-injector back at his Airbnb. By the time his friends were able to retrieve it, it was too late. He wasn’t able to breathe and fell unconscious before a police car transported him to a hospital.

Doctors were unsuccessful in their attempts to revive him and died that evening.

Coroner Mark Taylor explained that a staff member told Joe to drink honey and lemon liquid. “He did so to keep them quiet it seems,” Taylor said.

The coroner went on to conclude:

It seems very clear to me that Joe did all he reasonably could have done to warn the restaurant not to serve him food containing sesame and even checked himself.

And it is very clear to me that it was the sesame in the food served by the restaurant that caused the allergic reaction.

Joe acted unwittingly in eating the food with sesame which caused the fatal reaction.

This should not have happened and to someone like Joe of his age.

The restaurant remained unnamed in the proceedings.

Our hearts go out to the family of Joe Dobson. While we don’t know much else about the teen, we are sure there are loved ones in the UK grieving over his passing. We send them our sincere condolences.

As we do when we report these tragedies, we look for strategies others in the allergic community can use to avoid similar catastrophes.

While it may be difficult, we urge you to consider avoiding eateries where your allergens of concern are used in the kitchen. The staff at many restaurants — especially abroad — may not be trained on how to prepare dishes safely to prevent cross-contact and may not recognize the seriousness of food allergies as the staff in this restaurant apparently didn’t.

Before you dine anywhere, even at an eatery you visited before, make sure you speak with the manager and chef to discuss their ability to accommodate your allergies. If they don’t seem willing or able, leave.

If you have any doubts about the safety of the meal once it arrives, leave. There is nothing more important than listening to your inner voice when it tells you something is wrong.

Above all, always take two epinephrine auto-injectors along everywhere, every time. Had Dobson had his epinephrine on hand, he might still be alive today.

Epinephrine is the only drug that can halt and reverse the progression of anaphylaxis, a life-threatening reaction to a food, drug, insect venom, or environmental substance. It’s your lifeline should your other precautions prove ineffective.

If you’ve been prescribed epinephrine, ALWAYS have it on hand, period, full-stop.

What We Learned from the Shiv Mistry Inquest

Wheel Chair Scooter Issues: What to Do When Things Go Wrong