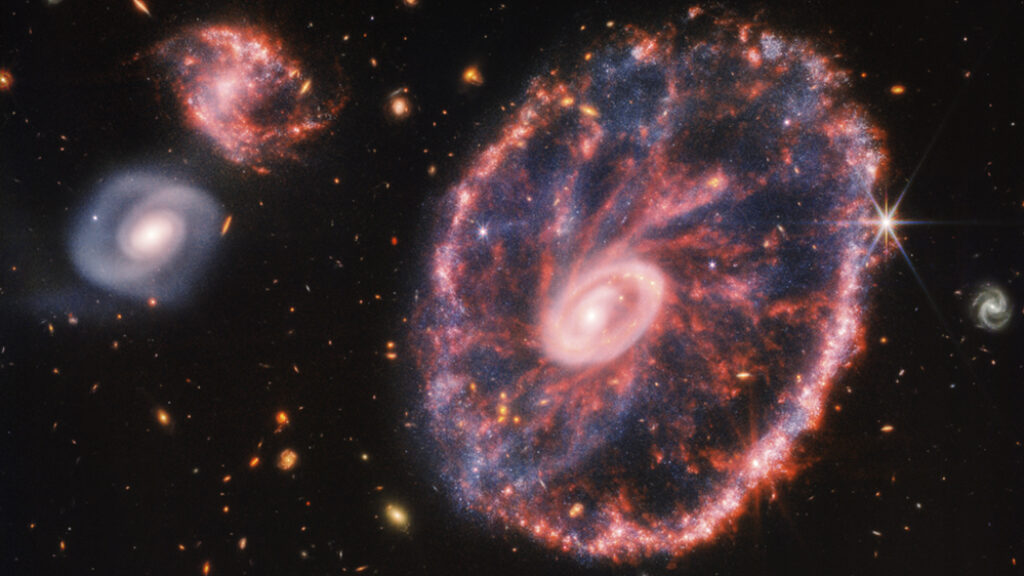 The amazing images of the Cartwheel Galaxy captured by the James Webb Space Telescope this summer, and before them the spectacular images from the Hubble telescope, have amazed and inspired many people worldwide, who now look to NASA as a trusted federal agency.

It hasn’t always enjoyed such strong support. After the Challenger disaster, in which the space shuttle with seven crew members aboard exploded after liftoff, NASA was beset by questions about its decision-making and faced a significant challenge with public perceptions. It learned painful lessons about a flawed management structure and poor communications.

The Centers for Disease Control and Prevention and other public health agencies find themselves in a similar position these days, having lost the trust of their stakeholders during the Covid-19 pandemic.

It took partnership, resources, scientific rigor, and imagination to create and launch the Webb and Hubble telescopes to give humanity an unprecedented view of the universe. Establishing a new era in public health will take these same elements to give the public health system the funding, tools, and workforce needed to protect Americans from unprecedented health threats.

Just as it took NASA years to transform itself into one of the most trusted federal agencies, it will take time for the public health system to earn back the trust it has lost.

NASA embarked on that road by moving from being a hierarchical, closed system that develops its technologies internally to an open network organization that embraces innovation, agility, and collaboration. The U.S. public health system must follow that trajectory.

In August, CDC director Rochelle Walensky announced plans to restructure and reorganize the agency. Of course, much more work must be done across the entire public health spectrum to institute long-lasting change.

Trust for America’s Health recently released a report on America’s public health system and concluded that ”chronic underfunding has created a public health system that cannot address the nation’s health security needs, its persistent health inequities, as well as emerging threats,” noting that this was ”a contributing factor in the inadequate response to the Covid-19 pandemic.”

The CDC Foundation, which I lead, in collaboration with the Association of State and Territorial Health Officials, the National Association of County and City Health Officials, the Big Cities Health Coalition, and other public health partners, has issued a series of reports offering ways to build a resilient, well resourced, trusted public health system that helps assure everyone can attain their full potential for health and well-being. Public health needs a harmonized, strategic, and action-oriented approach to explore these opportunities.

Key tactics from these reports include:

Thirty-six years ago, NASA faced a crisis of trust. It took a Presidential commission before the agency launched a space shuttle nearly three years after the Challenger disaster. But unlike launching into space, which is an arbitrary goal, the next health crisis could happen at any time, whether it’s another Covid-19 variant, a new virus that has leapt from animals to humans, a worsening opioid crisis, or an increase in chronic diseases. The public health system must implement change now to protect Americans’ health and safety.

Investment in public health is paramount, but so are the underpinnings that make it work — growing the workforce, creating the legal authority to ensure the system has the tools needed to do its job, achieving health equity, updating and modernizing technology, and reimagining public-private partnerships. Americans need all sectors to come together to strengthen their public health infrastructure.

Judy Monroe is a physician and the president and CEO of the CDC Foundation, based in Atlanta, Ga.