Dancing With Myself star Shakira said it best: Her hips don’t lie … when it comes to carrying a beat, that is. Unfortunately, co-star Nick Jonas didn’t pick up the same set of skills, and fans can’t help but laugh at his failed attempt to keep up with his fellow judge.

In a video released on July 7, the former Voice coaches showed a behind-the-scenes look at rehearsals for a dance they performed in a promo spot for their NBC show. While Shakira effortlessly nailed the routine’s steps, Nick looked like he had some trouble keeping up with her. In fact, he appeared to be take his time to assure every move was done right.

“We had so much fun with this one,” Shakira captioned the clip on TikTok. “Let’s see what you all do with it! #DancingWithMyselfAtHome.”

When the video eventually made its way to fans’ feeds on the social media platform, they didn’t exactly give the expected reaction. Instead, they chose to roast the “Burnin’ Up” singer for not putting a ton of energy into the entire production. 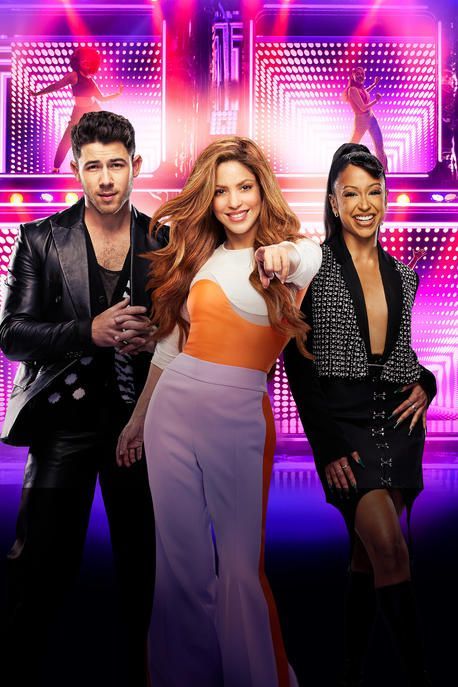 ‘Dancing With Myself’ on Hulu

“Shakira going 100% and nick giving it 5%,” one fan pointed out in the comments section. “Nick knows he has no chance of out-dancing Shakira, so he doesn’t even try 😂,” another follower joked. “Come on @Nick Jonas [let me] see that energy!” one more responded.

We have to give Nick credit for trying! After all, he must have some set of moves to become a judge on the dance competition show. Speaking of having groove, what exactly is Dancing With Myself about? The NBC competition show features contestants performing a series of six TikTok-style dance challenges for the chance to win a $25,000 prize. With Shakira, Nick and internet personality Liza Koshy deemed “creators,” they help narrow down the contenders until the audience chooses the final winner.

If you were interested in seeing more from the dancing musicians, the show already aired its season finale with no definitive answer about a season 2. But while we wait for that news to arrive, we may just take a stab at learning this routine. If Nick Jonas can do it, then we can too.

Adrianna Freedman is the Editorial Assistant, Entertainment and News at Good Housekeeping, writing about everything TV, movies, music and celebrity pop culture. She graduated from Yeshiva University with a BA in Journalism and a minor in Business Management. When not binge-watching the latest series on Netflix, she takes martial arts lessons (she loves kickboxing and Krav Maga!), consumes way too many coffees a day and dreams about penning her next big story.

Why saving #Precioustime is imperative