The results are officially in, and the winner of America’s Got Talent season 17 is the Mayyas.

After quickly becoming a fan-favorite on the NBC competition show, the mesmerizing Lebanon dancers earned the most votes during the highly-anticipated AGT 2022 finale. The more than two dozen synchronized performers beat out an extraordinary roster of AGT hopefuls, including Kristy Sellars, Drake Milligan, Metaphysic and Chapel Hart.

From the group’s first audition, judges Simon Cowell, Heidi Klum, Sofía Vergara and Howie Mandel& were captivated by their energetic stage presence. With choreographer Nadim cheering them on from the sidelines, the Mayyas created stunning visual illusions with their moves and brought awareness to the form of dance. The team made an especially strong impression on the former Modern Family actress and she proved it when she pushed her golden buzzer for them.

Mayyas Stuns The Judges With an Unbelievable Performance | AGT Finals 2022 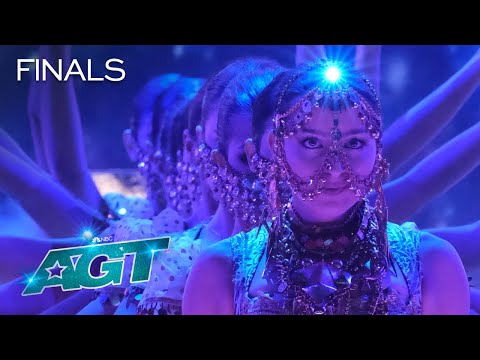 As the auditions narrowed down the pool of talent, the competition became even more fierce. But the momentum of the Mayyas easily pushing them into the quarterfinals and semifinals. After making it to the live shows, fans threw their support behind the creative crew and they snagged a spot in the AGT 2022 finale.

Following a riveting evening filled with appearances from Darius Rucker, Jon Pardi and the Black Eyed Peas, plus AGT winner Shin Lim and finalists the Silhouettes, host Terry Crews announced the big news. When the Mayyas were declared the winner of AGT season 17, folks took to social media to celebrate the exciting results.

“They did it! Congratulations to the Mayyas on Winning this season of #AGT My pick all along and well deserved! America got it right! 😍❤️,” one person wrote on Twitter. “SO happy the Mayyas won #agt 🎉 Their performances were absolutely phenomenal and can’t wait to see them dominate in Vegas!” another added. “Yessss! Congratulations!!! #mayyas you guys were the best…. 110% pure talent… You should all be proud!” a different fan tweeted. 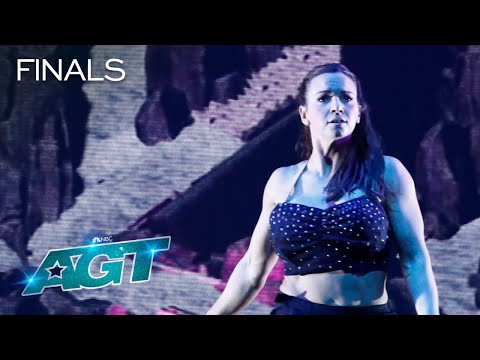 Still, there were some AGT viewers who couldn’t help but feel disappointed that Kristy didn’t win. The pole dancer finished in second place and lots of folks didn’t hesitate to share their passionate thoughts about this news. “Wish it would have been Kristy,” a follower commented. “I wanted it to be [Kristy] Sellars!!!,” someone else tweeted. “These ladies are of course very talented, but honestly there were acts that I would have rather preferred to see win over them,” another chimed in.

Even so, the Mayyas’ win marks the end of another America’s Got Talent season. So, what will the group do next? As is tradition, they will claim the $1 million prize and have the chance to headline a show in Las Vegas.

After being introduced as a AGT hopefuls and becoming the next AGT champions, we can’t wait to see what the Mayyas have in store for fans.

Selena is the associate entertainment and news editor for Good Housekeeping, where she covers the latest on TV, movies and celebrities. In addition to writing and editing entertainment news, she also spotlights the Hispanic and Latinx community through her work. She is a graduate of CUNY Hunter College with a B.A. in journalism and creative writing.

Is ‘Wheel of Fortune’ Rigged? Host Pat Sajak Spoke Out on Twitter About Longtime...

Thousands of Allergy-Friendly Products in This Update of Allergence and the Safe Snack Guides!