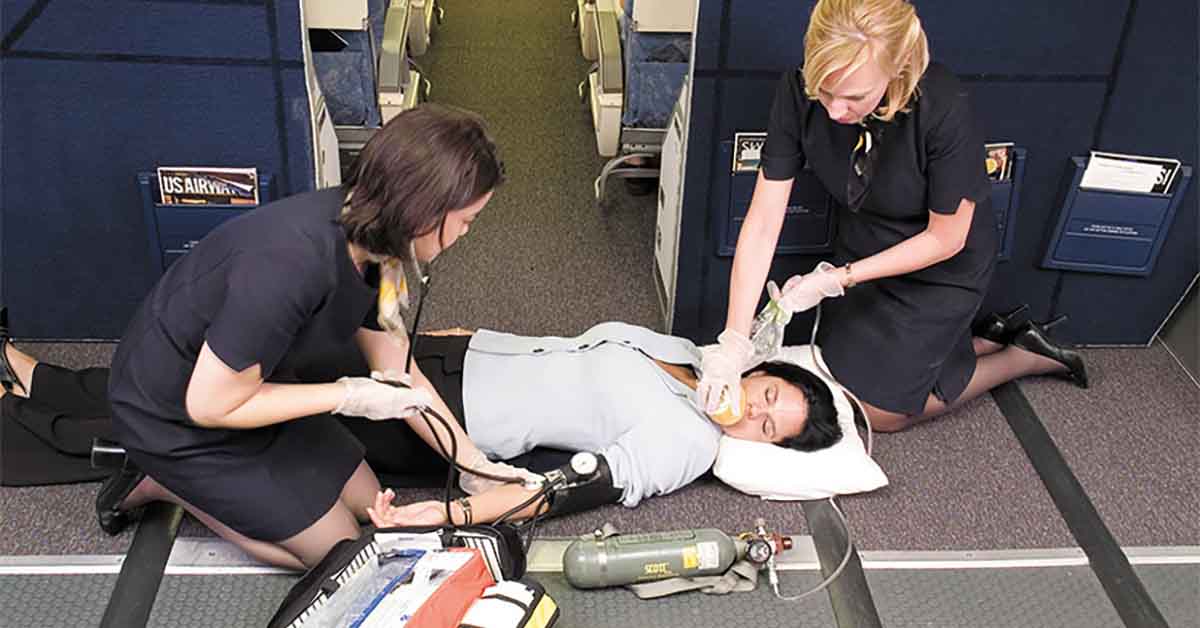 Earlier this week, we reported on an incident aboard United Airlines flight UA1 flying from San Francisco to Singapore which was diverted to Honolulu five hours into the flight when a passenger suffered anaphylaxis to nuts that were being served aboard the plane.

In December 2020, the American College of Allergy, Asthma & Immunology (ACAAI) signed an agreement with MedAire, a medical services provider, to use their confidential database of in-flight medical events (IFMEs) to study the incidence of in-flight utilization of epinephrine.

The study, published in the Annals of Allergy, Asthma & Immunology, determined that such events are rare with an incidence rate of approximately 1 event per 12.5 million passengers.

Using the data, the researchers conducted a retrospective analysis of all allergic events and epinephrine use in the three-year span between January 2017 and December 2019. They sought to characterize the number of IFMEs, the availability of epinephrine, the use of the drug, and the patient outcome.

The researchers found a total of 140,579 IFMEs occurred during the study period with 4,230 (3.0%) identified as allergic events. MedAire recommended the administration of epinephrine for 398 of these passengers with 328 (82.4%) of them ultimately receiving at least one dose of the drug.

There are many limitations of the study including communication between the flight crew, passengers, and MedAire and limited data regarding the ultimate disposition beyond hospitalization due to lack of follow-up.

The researchers concluded that “The risk for epinephrine administration is higher in passengers [older than] 12 years of age and is associated with significantly higher flight diversion, hospital transport, and involvement of medical volunteers.” They further noted that “Peanuts and tree nuts are the most frequently implicated triggers,” and “Passengers and caregivers traveling with a history of allergic reactions should carry medications in person and be prepared to administer autoinjectors early in an emergency.”

AI biomarkers and the effects of treating lung diseases

First update of living systematic review provides a comprehensive summary of studies on the...