If you were a kid raised on movies and TV, you’re in good company, for better or worse. And if, like Strong Female Character author Hanna Flint, you were raised by on-screen representations that either didn’t reflect you and your experiences or made a harmful mess of it, step right this way.

In a vulnerable, funny, and academically brilliant memoir format, Flint weaves her pop culture obsessions through her personal history, beginning with major adolescent crushes like Devon Sawa in Casper and Freddie Prinze Jr. in She’s All That, which mostly “revolved around cute white boys because Hollywood rarely saw men of colour as romantic love interests.” Like Flint, many of us learned about sex positivity from Samantha Jones on Sex and the City after the trauma of learning about periods from Carrie or My Girl (Flint makes a “birds and bees” comment that made me squawk out loud, IYKYK). 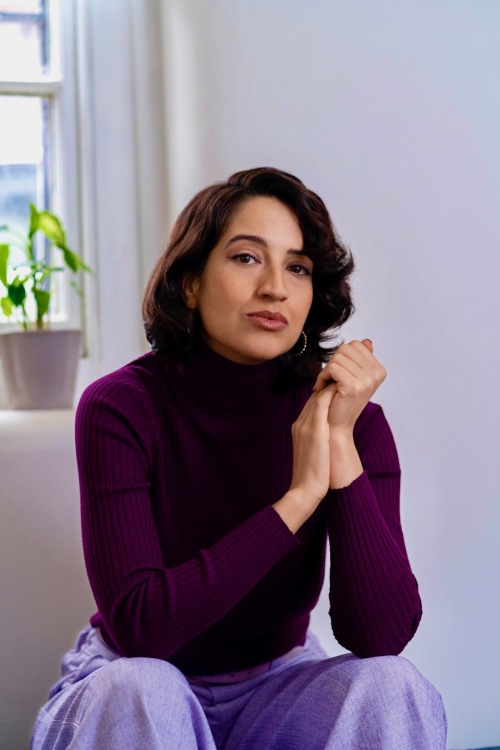 Particularly examining her craving for and admiration of complex, real, diverse representation for women onscreen, Flint delves into the pop culture she’s devoured while questioning the white-centric, heteronormative, misogynist, and racist “one-ethnic-minority-fits-all” representations rolled out by Hollywood, and how common it is to project context and identity onto these cinematic standards. Importantly, Flint champions the films and TV shows that get it right, and not necessarily all recent ones (shoutout to Clueless for at at least attempting to destigmatise menstruation!) meaning you’ll leave the book with a long list of kickass intersectional feminist shows and movies to watch.

Featured Video For You

No, Mexico isn’t actually that orange. Hollywood is just racist.

Flint spends a powerful chapter on representations of sexual assault on screen from Gone with the Wind to Game of Thrones, and another on racism, colourism, and discrimination within casting. And of course, Flint examines who exactly people are referring to when they’re talking about a Strong Female Character, the SFC trope, described as “an imperfect beast continuously reshaped by powers rarely interested beyond their bottom line” but also as one that increasingly positions women as “strong” in multiple ways. When I read the final pages of Flint’s book, I genuinely air-punched.

“She should be pushed to explore intersectional realms of being beyond what she currently is. Or she will never persist.”

“We deserve more than stock action babes, gender-swapped movies, and rebooted franchises that don’t do enough to establish female leads outside of the male shadows of the originals,” writes Flint. “Not enough films are being written or greenlit that that explore these endless possibilities and complexities of what it is to be a woman. She should be pushed to explore intersectional realms of being beyond what she currently is. Or she will never persist.”

We’re lucky enough to have an extract from Strong Female Character on Mashable from publisher Footnote Press, which you can read below. It’s from the very first chapter, and Disney fans, you need to read it. Here, Flint is describing the arrival of Princess Jasmine in 1991’s Aladdin, as Flint writes, “A world of little brown girls now had someone to see themselves in and with a name rooted in Middle Eastern history.” But it wasn’t that easy.

It was a major awakening. Sometimes you don’t know what you’re missing until it’s right in front of you and here Jasmine was, in vibrant colour, confirming our existence. I wouldn’t say it was exactly like looking in the mirror – I was still a child and she is meant to be a teen, plus animator Mark Henn is said to have used his sister’s yearbook photo and Jennifer Connelly for inspiration. But even with this white man’s idea of an Arab woman, I finally saw a Disney Princess with my olive skin, my brown, almond-shaped eyes and black eyebrows, even my larger nose, reflected back. I could see the similarities between Aladdin and my brother Karim too and we both became obsessed with the film and its sequel The Return of Jafar. Now, when I played with my girlfriends at sleepovers, in the park or in the playground, I had a Disney Princess to pretend to be without anyone questioning whether I was light enough to play her.

‘Posh’, episode six in season one of PEN15 — a U.S. sitcom written by and starring Maya Erskine and Anna Konkle playing versions of themselves as teenage outsiders in the year 2000 — is a properly honest depiction of what it feels like to be told you’re too dark to play a white idol. Except, they use the Spice Girls when the half-Japanese Maya wants to be Posh Spice, but is told she must play Scary Spice, the only woman of colour in the girl group. “Because you’re different from us, you’re, like, tan,” a mean girl tells her, using the classic casual racism excuse that ethnic minorities can only play ethnic minorities (even if the people in question is a girl of East Asian descent and a woman of African heritage). A version of this ‘Spice Girl tokenism’ happened to me until Jasmine turned up. At least this Princess had a similar racial background to me compared  to Melanie Brown — well, as much as a fictional character can when they are concocted in a room of white writers. Which Disney Princess are you? I was Jasmine and she was mine, and very much the only positive representation of an Arab woman I would see for years.

“Which Disney Princess are you? I was Jasmine and she was mine, and very much the only positive representation of an Arab woman I would see for years.”

I was aware that my biological father was from a country called Tunisia but as I had never been, nor had any sort of contact with him, and Mum wasn’t exactly talkative on the subject, it was as much of a foreign concept as Agrabah. For many years, that fictional city was a stand-in where I could pretend I came from, a place where I could insert my father and let my young imagination wander through the palace where I would secretly fantasise my royal family awaited. Kids with absent parents love to do that. Invent a fantastical backstory because the idea that their mother or father didn’t want you is just too hard a pill to swallow. And a palace was certainly an upgrade from the small flat our family of five lived in, where my brothers and I shared a room with a bunk bed for me and Karim and a cabin bed for my brother (Dad’s son) Nick.

That’s the other thing about the early Disney Princesses; they either become immensely wealthy through marriage or are wealthy by birth and stay that way, with the story ending once they get their man. Sure, we see the likes of Snow White, Cinderella, and Aurora doing various bits of housework, and I guess Belle manages the home she shares with her inventor dad when she’s not reading, but Jasmine doesn’t lift a finger. Hardly the most enterprising role model, is she?

But being a lady of leisure is not the most problematic thing about Jasmine. This Arab princess was overtly sexualised in a way that her white predecessors were not and even in the nineties it didn’t sit right with me. When Ariel is half-naked with just a bikini top and tail to protect her modesty, it all  looks rather innocent. Even the “Kiss the Girl” sequence is awkward and endearing but Jasmine’s turquoise costume seemed solely designed to titillate. Her breasts, as well as other exotically presented female background characters, are bulging in a way that Belle’s and Aurora’s do not. Par for the course for women of colour: we often get hypersexualised at an earlier age than our white counterparts.

“Par for the course for women of colour: we often get hypersexualised at an earlier age than our white counterparts.”

Jasmine is meant to be fifteen going on sixteen, but depicted as a full-bodied woman with white voice actor Linda Larkin delivering her lines with a lower-pitched, sultry American accent. Then there are the ‘come to bed’ eyes Jasmine is often animated with when in conversation with the men around her. But the real ‘wowzer, are we really doing this in a children’s movie?’ moment is the sex slave narrative. When Jafar takes power he forces an arranged marriage with the princess and dresses her up in an even more provocative, red version that could give Princess Leia’s gold ensemble in Return of the Jedi a run for its money.

Bourenane Abderrahmene reflects in “Authenticity and Discourses in Aladdin”, the princess is victim to the Orientalist trope whereby Middle Eastern and North African (MENA) women are sexually exoticised: Jasmine is represented according to a Western imagination of the oriental female figure; she is over-sexualized through the belly dancer outfit that she wears all over the film and she is confined in the palace until her decision to escape. Jasmine is presented with a tiger pet in an attempt to push the limits of oriental exoticism and danger. Once in the sexy number, Jasmine uses seduction as a distraction tactic despite being a sheltered fifteen-year-old whose life has been rigidly structured by her overprotective father. The assumption here is that sexual promiscuity is an inherent trait. Jasmine isn’t alone in this treatment…

Strong Female Character by Hanna Flint is out now through Footnote Press.

Pro needed an eagle on the final hole. He then attempted the unthinkable

To Anyone With Long Miles Ahead: This Running Shoe Is for You