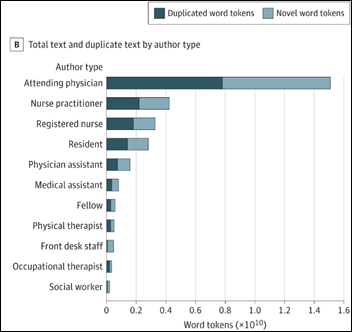 The study’s authors say duplication “casts doubt on the veracity of all information in the medical record,” makes certain information hard to find, and causes information scatter.

The implications of copy-and-paste-induced “note bloat” were also mentioned in a recent JAMIA article, “Do electronic health record systems ‘dumb down’ clinicians?” The authors pointed out that the use of copy-and-paste is potentially misleading and dangerous. (Dr. Jayne offers a summary of and her thoughts on the members-only content here.) 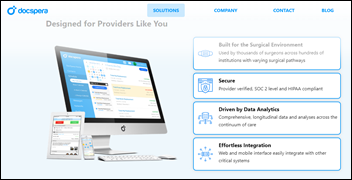 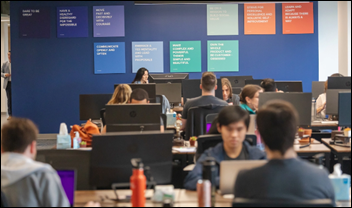 The local paper looks at NeuroFlow’s new 16,000-square-foot office space in Philadelphia, its fifth location since launching at the University of Pennsylvania in 2016. The software company, which focuses on helping physical healthcare providers integrate behavioral healthcare services, has raised $32 million. I interviewed CEO Christopher Molaro in March. 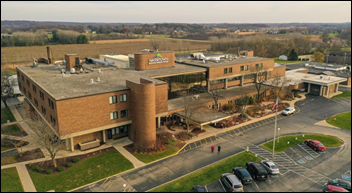 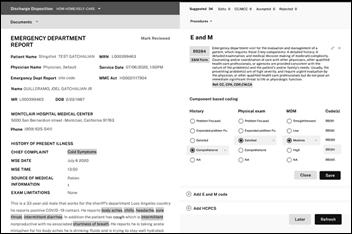 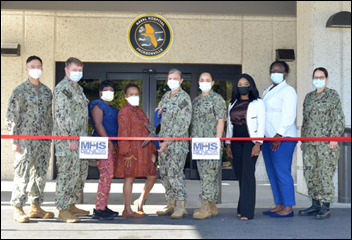 The 20th Medical Group at Shaw Air Force Base (SC), Naval Hospital Jacksonville and Naval Branch Health Clinics Jacksonville, Key West, and Mayport (FL), and the 14th Medical Group at Columbus Air Force Base (MS) go live on MHS Genesis. CAFB has warned patients that hackers have created fake MHS Genesis website links to take advantage of the system transition, and to only use the official MHS Genesis website address to access information.

VA officials consider proposing new patient care eligibility standards in the coming months, including pushing veterans to telemedicine appointments before giving them the option of care outside of the VA system. 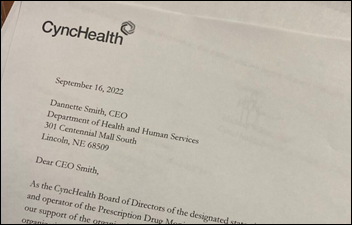 CyncHealth warns the Nebraska Department of Health and Human Services that it will no longer be able to operate the state’s HIE and PDMP if the department doesn’t make good on the $11 million owed on its contract. State officials have blamed the payment shortage on changes in federal funding. CyncHealth, meanwhile, has had to borrow money to pay its 75 employees, and has been unable to pay some of its technology vendors.

An analysis of NHS England prescription and patient safety data reveals that 98 hospital trusts saw an increase in prescription errors in 2021, while 105 saw a decrease. Records indicate that 6,000 patients suffered some level of harm from those errors, with 49 experiencing severe harm and 29 leading to death. Nearly one in six NHS England facilities have yet to implement electronic prescribing. 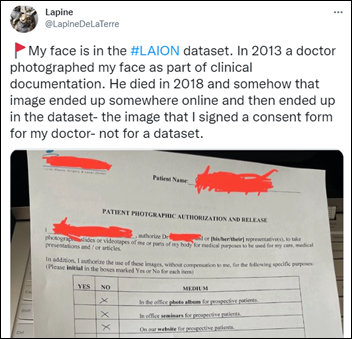 A digital artist discovers that her medical photos are now part of a data set used to train AI image generators, despite signing a consent form indicating they were not to be shared.