Oracle shares see a slight uptick on the news that the company has closed its deal to acquire Cerner for $28 billion.

Bain Capital has acquired a majority stake in LeanTaaS, a technology vendor specializing in hospital operations and capacity management optimization. The company, founded by CEO Mohan Giridharadas in 2010, has raised nearly $238 million. Its cloud-based software is used by over 500 hospitals and 130 health systems. 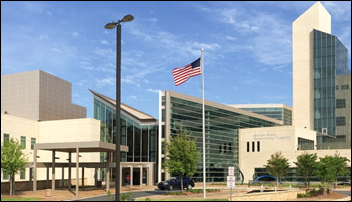 How Can Mental & Emotional Health Therapists Help You?

After more than a year of training, Martin Army Community Hospital at Fort Benning in Georgia will go live on MHS Genesis this weekend.

A new report from the Australian Digital Health Agency finds that routine patient visit information is still missing from many health records within the national My Health Record system, launched in 2012 with a price tag of over $1.4 billion. Patient use has also been wanting, with just 2.69 million out of the nation’s 23 million patients accessing their information since the system’s launch. Physicians have found the software’s design to be problematic, with many preferring to instead access patient data via their hospital’s EHR.

Plans to implement a Cerner-based EHR across facilities on Prince Edward Island in British Columbia have come to a halt due to usability issues. The province had hoped to have all sites live by 2020. Forty-three clinics and 118 physicians have been connected to the system, with 100 more clinicians still to go. The same software has been in use at Island Health hospitals for over a decade. Two independent reviews of that $178 million implementation have been conducted based on physician complaints of poor usability and patient safety risks.

The latest release of the Philips Capsule Surveillance solution has received 510(k) market clearance from the FDA.

UT Southwestern Medical Center researchers have found that access to telemedicine visits and continuous glucose monitoring during the pandemic helped diabetic pediatric patients control their glucose levels and stay out of the hospital at rates similar to pre-pandemic levels. 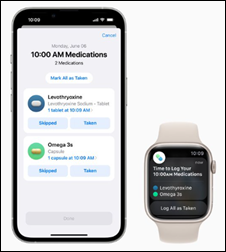 A small study conducted at a stroke clinic within the UC San Diego Health system has found that patient satisfaction with telemedicine visits improved when patients were texted a log-in link when the physician was ready for the appointment, rather than queuing in a virtual waiting room. Over half of patients were seen early during the two and a half month study, while zero were seen late, resulting in time savings of nearly an hour. As a result, the health system is rolling out the text messaging option to high-volume primary care and surgical care clinics this summer. The text-to-video technology was developed by Doximity.