Even though American Ninja Warrior fans are rejoicing over newly crowned winner Kaden Lebsack, some folks aren’t happy about the way the announcement was dropped.

On Monday night, American Ninja Warrior host Akbar Gbajabiamila declared the 16-year-old from Colorado the season 14 champion. Kaden competed against Jay Lewis, Josh Levin, Josiah Pippel and R.J. Roman in the adrenaline-filled finale. After all the participants made it to stage four, they attempted to go up an 80-foot rope climb in 30 seconds to win the $1 million prize. Unfortunately, none of them accomplished this feat in time. But Kaden did have the fastest time overall and ultimately won the $100,000 prize.

With 36 seconds on the clock, he hit the buzzer and defeated Josh by less than one second. “Kaden Lebsack is the Last Ninja Standing for the second year in a row!” Akbar said. That’s right, the teenager walked away with the coveted title again after his season 13 win. But that wasn’t what got fans riled up.

American Ninja Warrior fans were elated to hear that Kaden got closer to his dream of taking home the $1 million prize. But folks on the West Coast were disappointed to learn about his victory via the show’s official Instagram account. Given that the NBC show airs first on the East Coast, the results were ready hours before West Coast viewers had a chance to sit down and watch it for themselves.

Reacting to American Ninja Warrior’s celebratory post on Instagram, fans called out the competition series for announcing the news prematurely.

“Can you maybe let the show START on the West Coast before you post spoilers? 😥,” one person wrote in the comments section. “Posting this news before the west coast air time even began was not the move,” another added. “Couldn’t y’all post this like tomorrow you’ve spoiled the ending for those that couldn’t watch live…,” a different fan said.

The one song lyric ‘Pinocchio’ should have run past someone, anyone 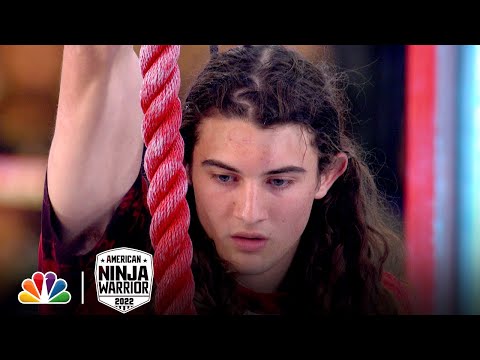 As it turns out, this isn’t the only time this kind of incident has happened. “@ninjawarrior unsubscribing. Yet another year where you spoiled the finale before it even aired on the west coast!” someone chimed in.

Still, not everyone seemed upset with the announcement. Many were excited to hear how far Kaden made it and sent him their best wishes. “I have it recorded and will watch it tomorrow. But I need to know if he won!!” a follower commented. “Congratulations on being the last ninja standing!! It might not be the outcome you wanted but you should definitely be super proud!!!! Great season and definitely looking forward to seeing you next season!!” another said.

As for Kaden’s reaction, he thanked folks for their support on his Instagram Stories.

Selena Barrientos is the associate entertainment and news editor for Good Housekeeping — she writes and reports on the latest shows and movies, in addition to spotlighting Latinx celebrities. In 2017, she graduated with a B.A. in journalism and creative writing from CUNY Hunter College. Named after the famous Tex-Mex singer, Selena is a proud first-generation Mexican-American from New York City.