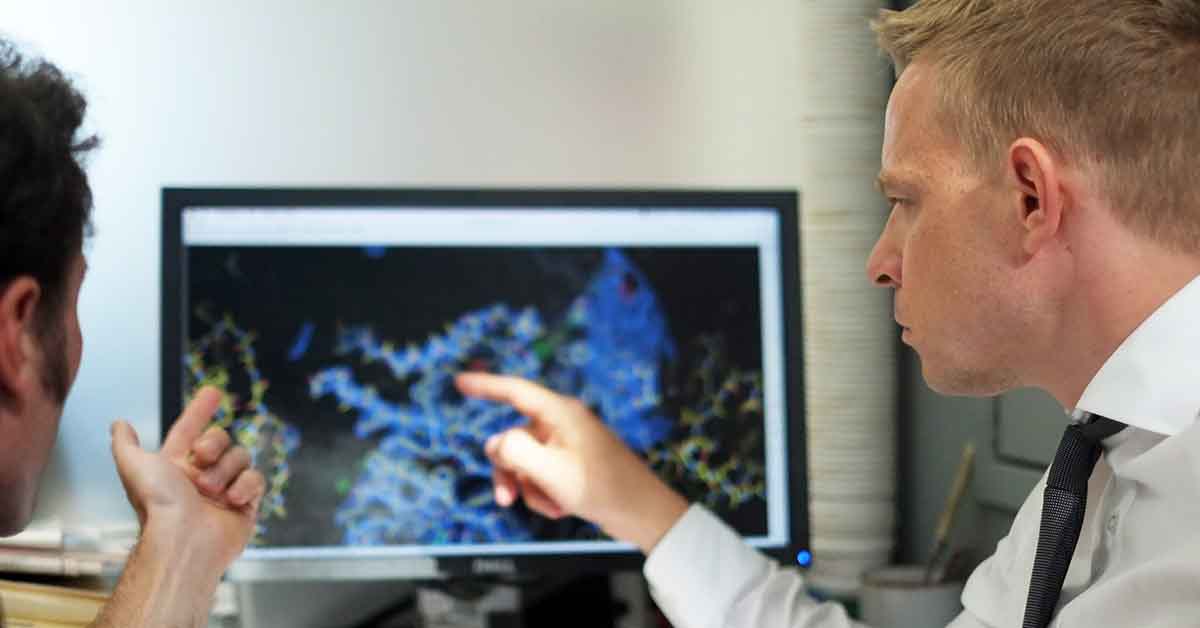 Key molecules involved in mammalian-meat anaphylaxis have had their structure revealed, paving the way for future treatments

Scientists have revealed the genetic and molecular structure of key molecules linked to the sometimes life-threatening mammalian-meat allergy brought on by tick bites.

The study, led by researchers at the Garvan Institute of Medical Research, details how antibodies interact with the sugar molecule galactose-α-1,3-galactose (alpha-gal/α-gal), which is produced by all mammals, except humans and higher primates. It further confirms the role of α-gal as the key molecule for this unique allergy.

When humans are exposed to α-gal, through bites of certain tick species – such as the paralysis tick Ixodes holocyclus endemic to Eastern Australia [and the lone star tick in the US] – the immune system can flag it as harmful and instigate an allergic response, sometimes with near-fatal consequences.

Lead author Professor Daniel Christ, Head of Antibody Therapeutics and Director of the Centre for Targeted Therapy at Garvan, says the molecular analysis showed that a particular antibody type (3-7) has a natural pocket into which α-gal snugly fits.

“We have more than 70 types of antibodies and this one is significantly overrepresented with α-gal recognition. We seem to be genetically predisposed to being sensitive to this sugar,” Professor Christ says.

The new study, published this week in the journal Proceedings of the Academy of Science (PNAS), paves the way for potential therapeutic candidates for treating the rare allergic response.

Scientists analysed the blood of patients with mammalian-meat allergy to determine which antibodies were produced: the 3-7 type was found frequently in response to α-gal.

The data points to an evolutionary benefit of having an antibody response that can mobilise against α-gal.

“Humans lost the capacity to produce α-gal throughout evolution, but we don’t know why,” says Associate Professor Joanne Reed, co-senior author of this study, from the Westmead Institute. “The suspicion is that it has to do with protection against infectious disease.”

Professor Christ points to recent research on malaria, which shows the Plasmodium parasite has an α-gal coating on its surface. A rapid immune response to α-gal could destroy the parasite before it takes hold, protecting a person from malaria.

Sydney’s northern region is a global hot spot for mammalian-meat allergy, with more than 1800 cases reported and the highest prevalence in the world. The Sunshine Coast hinterland around Maleny in Queensland is also another hot spot. The paralysis tick (Ixodes holocyclus) is found in those areas.

Professor Sheryl van Nunen, an allergy specialist at Sydney’s Northern Beaches Hospital, and a co-author on the paper, was the first clinician to link tick bites with mammalian-meat allergy. “There isn’t a week go by that I wouldn’t see two people with this allergy,” she says.

Why some people develop anaphylaxis and others never respond is unknown. Professor van Nunen says it could be related to the number of tick bites, how much saliva is injected or genetic sensitivity.

Exposure happens when α-gal, present in the saliva of certain tick species, is injected during a bite, says Professor van Nunen. About one-third of people who have developed a sensitivity to α-gal will exhibit symptoms of an allergy to mammalian meat, she says. And another bite can more than double the allergic response. Some people with severe allergy can be affected by the presence of meat products in food, like beef broth, soft cheeses such as feta or goat’s cheese, or even gelatin.

More information about how to avoid or manage a tick bite can be found at www.tiara.org.au.

Collaboration the path to science excellence

Professor Robert Brink, Translation Research Pillar Director at Garvan, highlights the excellence and interdisciplinary nature of the work. “The Garvan Institute of Medical Research has world-leading capabilities in both antibody science and genomics. This study combines these two fields to advance our understanding of mammalian-meat allergy, an important and growing health issue for Australia, and for NSW in particular.”

Q&A: Everything You Need to Know About Alpha-gal Syndrome, the Meat Allergy You Can ‘Catch’

This colorful rangefinder is fashionable, functional and on sale