Maybe I’ve just been online for too long. After all, I saw the Tide Pod craze (but not really a craze) come and go. So when I saw TikTok’s so-called NyQuil chicken challenge making headlines this week, my initial reaction was neither concern nor laughing astonishment.

It was immediate disbelief.

First a disclaimer: I’m not saying no person ever has cooked and consumed chicken braised in NyQuil. Humans are strange, resilient creatures, and we’ve done just about every dumb thing imaginable. What I’m saying is that, no, NyQuil chicken isn’t a real trend.

In short: This is not something you need to worry about.

So why are people talking about it? Because the FDA warned against it, thus sparking a rash of news articles about the apparent trend.

“A recent social media video challenge encourages people to cook chicken in NyQuil (acetaminophen, dextromethorphan, and doxylamine) or another similar OTC cough and cold medication, presumably to eat,” the FDA wrote in a news release. “The challenge sounds silly and unappetizing — and it is. But it could also be very unsafe. Boiling a medication can make it much more concentrated and change its properties in other ways.”

I understand the FDA’s desire to tell people, don’t freaking do this, jabronis. But I suspect the FDA’s post, the following news articles, and hell, maybe even this post, only served to amplify the existence of NyQuil chicken — the Streisand Effect in real time.

Now if you’re online as much as I am, you might be thinking, hey, haven’t I seen NyQuil chicken around for a while? Yes, you’d be correct. This fake trend has resurfaced several times, usually proliferated by one or two satirical videos. No one is actually saying cooking chicken in NyQuil is a smart cold remedy. It’s shitposting, through and through. People aren’t actually doing this.

E.J. Dickson, a reporter for Rolling Stone who covers digital culture, noted that the faux-trend started years ago in the cesspools of 4-Chan.

To prove my point, I search TikTok for “NyQuil chicken” and, surprisingly, was met with a
“resources” page from the social platform warning me not to participate in the trend. It seems TikTok is trying to shut this thing down before it even becomes A Thing. 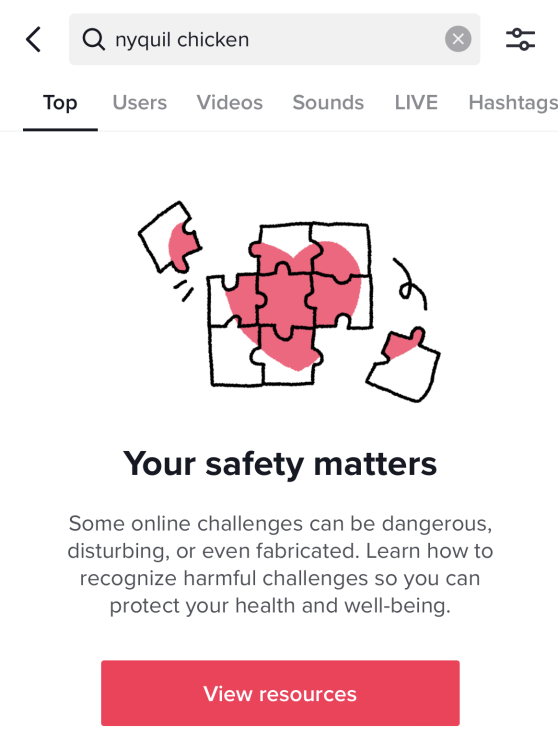 The page I was greeted with when I searched for “nyquil chicken.”
Credit: Screenshot: TikTok 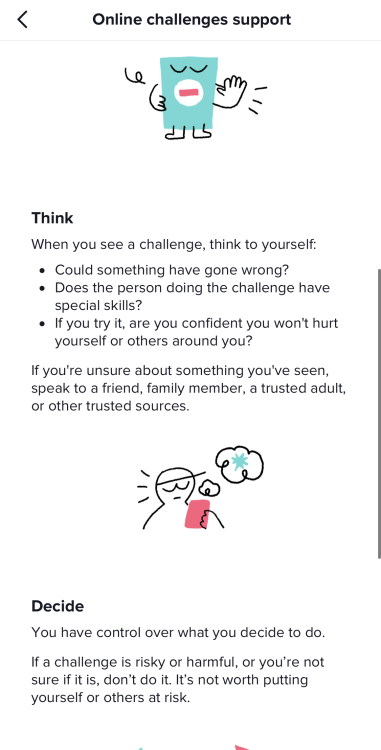 TikTok basically telling me it is not smart to do dangerous online challenges.
Credit: Screenshot: TikTok

Undeterred, I searched around for just NyQuil and NyQuil chicken with purposeful misspellings to dodge the resources page. Nearly every highly watched TikTok was either an astonished reaction to the same two videos of someone basting chicken breasts in NyQuil or it was someone warning not to do it. People weren’t actually eating the stuff. They were reacting to a shitpost, thus causing others to engage in the shitpost and make a faux trend. 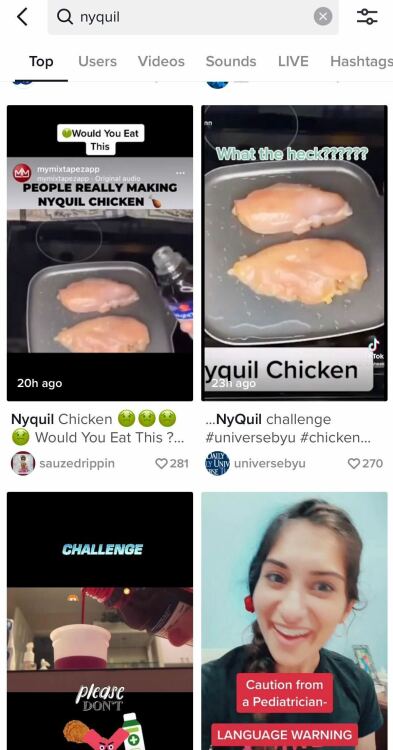 So parents across the U.S. breathe a sigh of relief: Your kids are not braising chicken in NyQuil. You can rest tonight, no medication necessary.

Just Like Us: 20 Celebrities Coping with Food Allergies and Celiac Disease