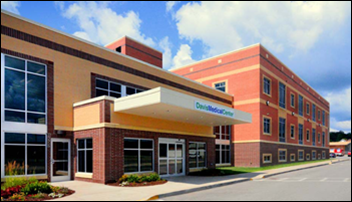 Davis Health System (WV) and WVU Health will end their partnership due to a planned change in EHR vendors.

DHS announced in February 2022 that it will implement Cerner under the CommunityWorks model, saying that while Epic and Cerner have similar functionality, Epic is unaffordable even when provided through WVU.

DHS says WVU notified it immediately after it announced its EHR decision that it was ending the clinical affiliation due to lack of an integrated system.

A DHS VP says, “It was a substantial difference of millions of dollars … we made the decision to go with Cerner, which will still speak to doctors at WVU or anywhere else in the state, it may just take an extra click … We went back to them and told them we would consider canceling our contract with Cerner if they could give us a new price that was more acceptable to our administration and the board. They said no.”

From Allaboutlabs: “Re: Epic. Are they searching for a lab ordering partner? There has been some recent activity on genetic testing and EMR integration (Epic and Myriad, Meditech).”

From Bonhomme Richard: “Re: Senior Helpers. I ran across this wild podcast from the spring.” The CEO of home care franchise operator Senior Helpers, which was acquired last year by Advocate Aurora Enterprises, says that home care and personal care companies aren’t data driven because they aren’t paid by Medicare and therefore don’t have outcomes or claims information, placing them at a disadvantage now that Medicare Advantage insurers are starting to pay for such services. The company has developed an “autonomy score” that predicts readmissions and ED visits and is developing ways to prove the cost savings that they provide in preventing falls, encouraging medication adherence, and preventing hospital encounters.

Carequality Executive Director Alan Swenson clarified some points from my Monday news of updates to its Carequality Connected Agreement that will allow federal agencies to participate: (a) the updated language was in its general CCA, not anything specific to EHealth Exchange; (b) Carequality has “implementers” rather than “members”; and (c) Carequality is an independent non-profit organization that operates under a management services agreement with The Sequoia Project, which created the initiative but is no longer its parent.

My LinkedIn is awash in “I’ve been laid off and need a job” posts, but what’s interesting is how many of those users publicly thank their former employer for the opportunity they provided (until they didn’t). I understand the need to avoid communicating bitterness or despair while trying to land a new job, but that could be done equally graciously by not referencing the former employer at all, especially since it’s plain to see on the job history. I would find it hard to thank my corporate executioner unless they dispatched me with atypical grace or empathy, but I’ll side with the job-seekers who would gain little from publicly torching a company they didn’t leave until forced.

Allscripts announces Q2 results: revenue up 7%, adjusted EPS $0.18 versus $0.18, nearly all of those numbers attributed to its Veradigm business since it has sold everything else. Revenue beat Wall Street expectations, but earnings fell short.

CVS Health says in its earnings call that it will expand its services in primary, care, provider enablement, and home health, adding that it is already the country’s largest provider of retail health services with its MinuteClinics. CVS adds that “we can’t be in primary care without M&A” that will involve companies with a strong management team, strong technology, and the ability to scale, with a deal expected by the end of the year. It will emphasize value and consumer experience in offering virtual care and using its MinuteClinics and pharmacists as local access points. CVS passed on the chance to acquire primary care chain One Medical, which then accepted a $3.9 billion offer from Amazon. CVS has previously told investors that it hopes to own or manage up to 350 primary care clinics by the end of 2024, with a preference for practices that have experience in value-based care. 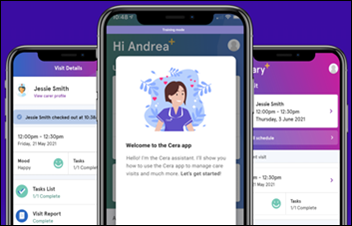 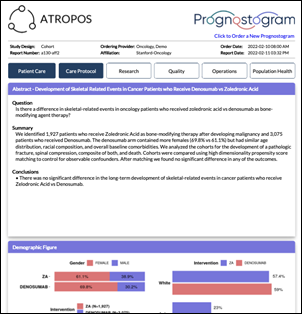 Atropos Health, which offers a digital consultation service for providers, raises $14 million in a Series A funding round and names Brigham Hyde, PhD as CEO. The company says it solves the “evidence gap” via a publication-grade, just-in-time summary of real-world evidence that is extracted from millions of de-identified patient encounters.

The VA names David Massaro, MD, MBA, MS as the functional champion of its Oracle Cerner implementation, on detail from the VHA’s Office of Health Informatics.

The Q3 trends report by Pivot Point Consulting, a Vaco Company finds that venture funding is down 40% so far this year versus last year; no digital health IPOs have occurred; and easing of virtual care red tape such as interstate provider credentialing is scheduled to end in February.