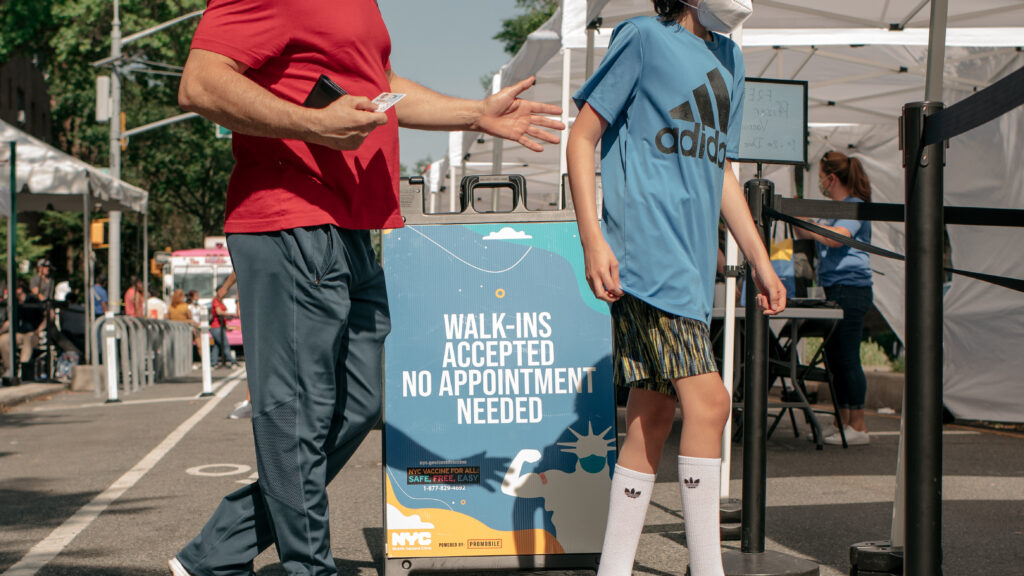 WASHINGTON — Senior Biden officials are in discussions about what to do with millions of original Covid-19 vaccines after the FDA’s authorization of new, updated shots this week bumped them to the sidelines.

While the Food and Drug Administration still recommends the original composition of Moderna and Pfizer and BioNTech’s vaccines for a person’s first two doses, there’s not enough demand for the starter set to account for the millions of doses currently in the government’s stockpile or stored in pharmacies nationwide.

There are more than 20 million Moderna doses and roughly 30 million Pfizer and BioNTech doses currently in the national stockpile, according to one senior administration official. That does not include millions already dispatched to pharmacies around the nation.

The administration is unsure how to use those shots now. Between 200,000 to 300,000 people above the age of 12 are still getting their first or second shot each week, the official said — meaning there is still use for the original vaccines — but demand will plummet as the updated vaccines move across the country.

By the middle of this past weekend, nearly 4 million doses of the variant-targeting bivalent vaccines will be dispatched to roughly 15,000 sites, the official said. That’s a fraction of the overall 175 million doses of the new vaccines the government ordered to battle the BA.5 and BA.4 wave and curb an expected fall case surge.\

Nearly 80 percent of Americans have received at least one vaccine, while 67 percent are considered fully vaccinated. Those numbers have hardly budged for months as vaccine holdouts resist outreach campaigns — leaving the question of whether the stockpiled primary doses could become obsolete.

“My fear is that the bivalent vaccine ends up in populations that probably need it less,” said William Moss, executive director of Johns Hopkins University’s International Vaccine Access Center and vaccinology lead for the university’s coronavirus resource center. Moss, like other infectious disease experts, questioned the need for broadly boosting with the new vaccine when young and healthy people are already spurning other booster recommendations.

Concerns about the doses expiring before they can be used have U.S. officials mulling more international donations. But they’re worried, too, about depleting the existing stockpile, which for now is expected to last at least through mid-December.

The dilemma comes amid faltering global demand for vaccines as well. While U.S. officials say there is still international interest in receiving vaccine donations, many countries have admitted that supply is not the pressure point, but public demand for vaccines.

“We’ve gotten to the point where there’s a glut of supply from a global perspective, that hasn’t translated all the way down to every local context,” said Krishna Udayakumar, founding director of Duke University’s Global Health Institute. “This has become more of a … distribution and delivery challenge as opposed to purely supply challenge.”

U.S. government vaccine decisions have also dramatically shaped global perception, such as when an American pause on the Johnson & Johnson shot saw international demand crash. There is some concern that shipping out the original vaccines just as updated shots land could be a communications challenge.

“We have a real risk that they will be perceived as being …better, because they’re being purchased by the U.S. and potentially other high income countries,” said Udayakumar. “We do have a challenge [around] the communications in the short term, even if the science doesn’t bear out the difference yet.”

He and other public health experts question whether the variant-targeting vaccines — either the U.S. versions or the BA.1-tailored shot ordered by the World Health Organization — will actually be game-changers that exacerbate disparities. There still are not solid human data for their benefit, while the original mRNA vaccines have plenty of safety and efficacy data and have become favorites in the U.S. and abroad.

“I don’t think there’s any reason to believe that the kind of duration of protection from the bivalent vaccine is going to be much different than what we’ve seen with with earlier vaccines,” said Moss. “But I’m optimistic that the virus is running out of options.”