NCIS fans, it’s time to make room in your weekly TV schedule. The hit CBS drama is back with season 20 tonight and it looks like things are already starting off with a bang, thanks to a major crossover event. But an important character is noticeably missing from the scene — Gibbs (Mark Harmon).

On Monday night’s premiere, viewers will see McGee (Sean Murray), Torres (Wilmer Valderrama), Knight (Katarina Law) and Parker (Gary Cole), among others picking up the pieces from the explosive NCIS season 19 finale. Fans may remember Parker running from ex-wife Vivian (Teri Polo) and needing help clearing his name. As part of the plan, the crew enlists members from another unit to help them on the case — Tennant (Vanessa Lachey) and Ernie Malick (Jason Antoon) from NCIS: Hawai’i, who are already in town for a business meeting.

“They’re not just my team — they’re my family,” Parker says in the clip. 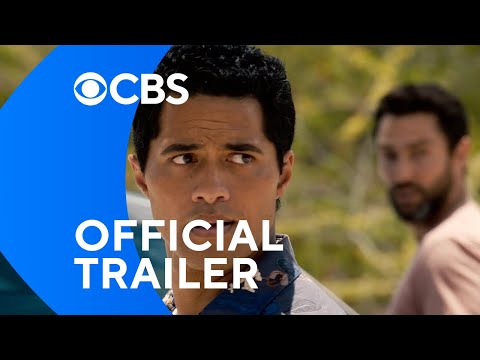 While the season certainly looks to be jam-packed, there is one actor whose absence was felt. As folks know, Mark left the show at the beginning of season 19 after playing the special agent in charge since September 2003. Since then, fans have been anxiously wondering whether Gibbs will return to NCIS. Despite the radio silence that followed his departure, it turns out that Mark may be open to coming back for one more round.

“What has always drawn me here is the character I play and to keep it fresh and to keep it challenging,” the actor told Entertainment Tonight in August. “Plot-wise, this character has taken the path that it did. I thought it was honest and OK with … I’m not retired. The character is living in Alaska as far as I know.”

Executive producer and showrunner Steve Binder also alluded to Gibbs potentially returning to NCIS. Back in October 2021, he wrote on the show’s Instagram about how Mark is still involved despite not being on-screen.

“As an executive producer and dear friend, Mark continues to be an integral part of the fabric of the show,” he said at the time. “Our north star has always been staying true to our characters, and that truth has always guided the stories we tell and where those characters go. So regarding the future of Gibbs, as longtime fans of the show may have noticed over the years … never count Leroy Jethro Gibbs out.”

There’s still hope yet! In the meantime, we have a lot of storylines to delve into as the new season 20 episodes begin airing. Outside of Parker trying to clear his name, Steve told TVLine we’ll see more episodes geared towards specific characters, romances between co-workers and some possible updates about what Gibbs is currently up to outside of his team.

“That’s a really interesting veil, where Gibbs is and how we left him,” he said to the outlet. “There’s this feeling among the writing staff — and I share it — that we left him sort of nowhere but also everywhere.”

Steve continued: “Like, when I think of Gibbs, I don’t think of him living in an apartment in Alaska. Instead, I imagine he’s sort of melted into pixie dust and is floating around in the sky until he is called back to duty.”

Until we know for sure, we’ll just have to tune into NCIS season 20 to find out.

Vitamin B Benefits and Functions, Explained by a Naturopathic Doctor

16 Holiday Ideas for All of Your Furry Friends