Following the reversal of Roe v. Wade, abortion is now restricted or downright illegal in several states in America.

The devastating ruling is already having a severe impact on women and trans and non-binary people who can become pregnant across the U.S., with more consequences expected to follow. Legal and human rights organisations have declared the ruling a public health emergency and “a grim milestone in the history of the United States”. In a long history of history of reproductive justice, this loss of bodily autonomy has resulted in protests and outrage across the country.

Many living outside of America have watched, too, in horror as the Supreme Court’s decision was announced.

Across the world, abortion rights differ. According to the Center for Reproductive Rights (CRR), 24 countries worldwide have prohibited abortion altogether, affecting the lives of 90 million women. 41 percent of women of reproductive age live in countries where abortion laws are restrictive. In these circumstances, abortions are only carried out to save a person’s life.

The CRR says that “monumental gains” have been made globally when it comes to abortion rights over the past few decades. Nearly 50 countries have liberalised their abortion laws over this time.

What does Roe v. Wade being overturned mean to you?

In the States, the human right to an abortion is no longer protected by the constitution, taking away from years of progress and movement. The British Medicine Journal (BMJ) has released a report outlining a grim reality: that “while the impact of overturning Roe will be most acutely felt in the U.S., its repercussions will be felt globally.” Roe v. Wade has been instrumental for other countries, too, as the study points out, and its reversal can have a rippling affect on public health issues worldwide.

As reproductive rights in the country — and possibly worldwide — are placed in serious peril, many residing outside the U.S. have come together in solidarity. Protests against the ruling, for example, have taken placed in the UK and Australia.

But there may also be a sense of wanting to do more, for those staring at the wall and feeling some hopelessness for those affected in America. Here’s an ongoing guide about how to help, and ways to support reproductive rights both globally and at home.

Educate yourself on what’s just happened

There’s a lot of information out there on Roe v. Wade and the ruling that just took place. Educating yourself and reading about the decision is a solid starting point if you’re looking to help.

Mashable has a slew of resources about the Supreme Court overturn. Our reporters have explained how the ruling has come to be and how it will change lives.

There’s also an explainer on how privacy will potentially be eroded now that Roe v. Wade has fallen. There’s analysis on the impact this decision will have on mental health. There’s a compilation of interactive maps which clearly demonstrate how abortion rights will be affected by state, which crisis pregnancy centres try to prevent women from getting abortions, and more.

If you are financially able to do so, donating to abortion funds and reproductive networks is a route to making a difference. Mashable’s Chase DiBenedetto has put together a list of local organisations, Black and POC-led groups, and support networks. An example is the Black feminist leadership fund, which is split among 10 different Black-led reproductive justice organisations.

“The Post-Roe Handbook, published as a book in 2019 by reporter and abortion activist Robin Marty, shares a multitude of digital resources, including activism guides, sample legislation, and a list of practical support organizations — a broad term referring to reproductive health networks that provide a wide array of services to people on the ground. The National Network of Abortion Access Funds also has a guide to finding support networks in your area.”

Online, there are documents and resources that list funds and networks worth referring to, such as the one below created by reproductive rights campaigner @helmsinki:

There are also options per American state and region. In the West and Pacific Northwest, you can donate to Northwest Abortion Access Fund (NWAAF) or Access Reproductive Justice. In the South, you can donate to Fund Texas Choice, Yellowhammer Fund, or Access Reproductive Care Southeast (ARC Southeast). In the in the East, organisations like DC Abortion Fund and Abortion Liberation Fund Pennsylvania are further options. For the full list, refer here.

Supporting reproductive justice accounts is a tangible way to support the efforts of the many people galvanising to protect human rights. This is a great list of some such organisations, which includes the nationally recognised Planned Parenthood Action, the Abortion Care Network, Indigenous Women Rising, Sister Song, and URGE.

Resources like the Center for Reproductive Rights and the Guttmacher Institute, a research and policy organisation committed to advancing sexual and reproductive health and rights, are invaluable, too. There’s a wealth of information, research and advocacy to be found on such platforms. 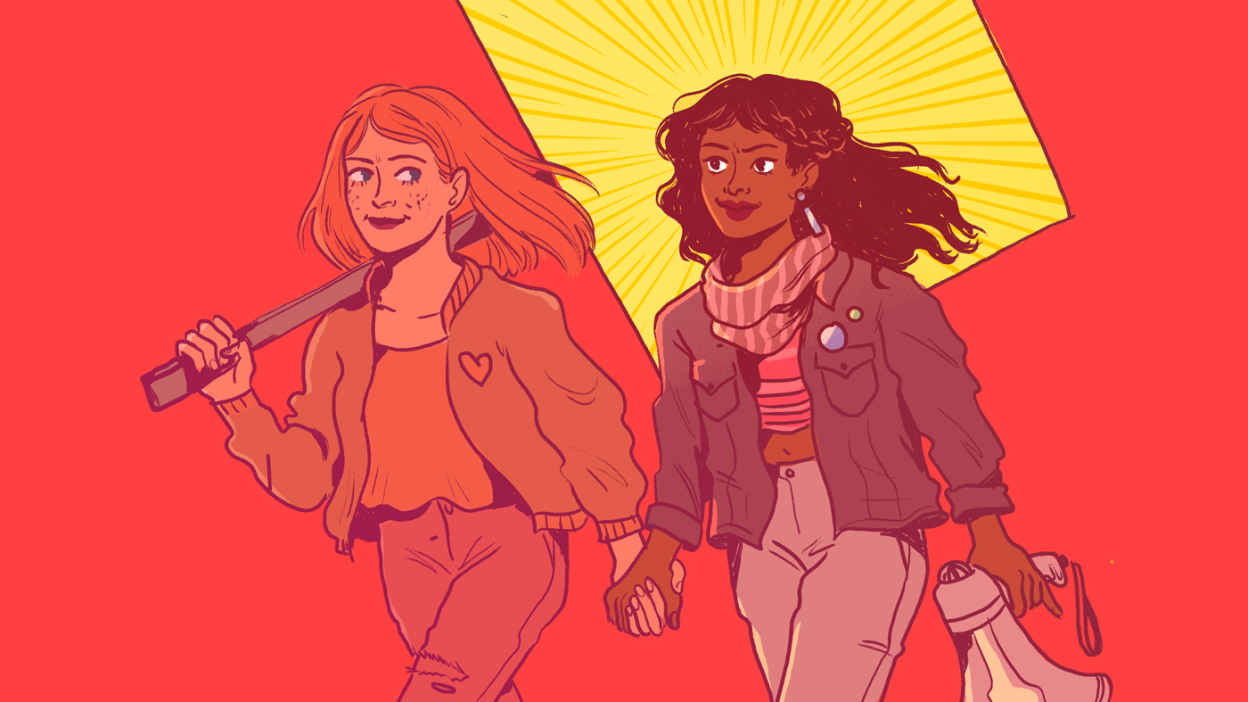 Find – or organise – a protest in your country

There are many protests planned in the U.S. but if you’re looking to do so outside the country, there are ways.

Looking up hashtags and events on social media, for instance, is an option. Platforms like Reddit, Facebook, and Twitter are often good starting points for finding protests, which can be done by searching #roevwade or relevant phrases (beware, some can commandeer hashtags like this for harmful messaging online, so tread carefully).

Checking events by your location on Eventbrite, for instance, is also effective.

If you can’t find a relevant protest in your location, organising one is an option. The Activist Handbook explains how to do so, starting with building a team of organisers (“like-minded friends and community members”) and defining your strategy together. Deciding your goal and who you want to reach is crucial. Afterwards, you can get the word out — via social media promotions, event pages, and word-of-mouth. The most important thing is to protest safely and legally, ensuring everyone’s wellbeing is prioritised.

Get involved with local organisations and reproductive justice networks

Working with organisations and reproductive justice networks at home is a powerful way to uplift reproductive rights and organise both domestic and global efforts.

In the UK, MSI Reproductive Choices and the British Pregnancy Advisory Service (BPAS) have supported reproductive help for decades. BPAS, for instance, encourages people to get involved, by volunteering, donating, and reading their resources. In a statement following the Supreme Court’s decision, the organisation said they “are preparing for an escalation in anti-choice protests” outside their clinics, and “anticipating assaults on [UK] abortion law in parliament”. These words perfectly illustrate why supporting abortion rights locally is just as crucial at this time.

In Australia, there are online groups like Reproductive Justice Australia, and organisations like MSI Australia and the Human Rights Law Centre.

There is also IPPF European Network, which is one of the International Planned Parenthood Federation’s six regional networks. They work globally, with offices in Colombia, Trinidad and Tobago, Kuala Lumpur, Bangkok, Delhi, Nairobi, Brussels, and more.

Elsewhere in Asia, the CRR launched the South Asia Reproductive Justice and Accountability Initiative (SARJAI), who work in the region to advance and protect reproductive rights. This includes a coalition of organisations, across India, Bangladesh, Nepal and more. Similarly, the Asia Pacific Alliance, is a network of national, regional and global organisations advocating for sexual and reproductive health and rights across the region.

Sharing on social media can be empowering and educational, when done mindfully. Using your personal networks to spread awareness can be impactful, particularly when centring the information and resources from networks (like the many above) and from others who are advocating for reproductive justice. Make sure you ask yourself why you’re posting, contextualise your post, and be open to considering responses.