Your new best friends are right around the corner.

Meet Maggie (Emma Appleton), Birdy (Bel Powley) Amara (Aliyah Odoffin), and Nell (Marli Siu) — four best mates living in a flat share in Camden, London, in the height of their twenties. Together they share the euphoric ups and rock-bottom downs that come hand in hand with being this age — dreadful dates, raucous nights out, awful hangovers, terrible decisions, heaps of sex and drugs, and relationships with people who don’t treat you the way you deserve.

Created and adapted for television by Dolly Alderton, and based on her best-selling memoir of the same name, this show is about the almighty learning curve many of us embark upon in this formative decade of our lives. Don’t be fooled by the title, this show is not just about romantic love — its most important arc is a story of friendship between best friends Maggie and Birdy, who’ve known each other since childhood, and are now navigating a perilous path as their romantic partners and sexual exploits pose a threat to the platonic love they share. Can their lifelong friendship survive?

If you happen to be in your thirties, and grew up in the nineties and early 2000s, then this show will have a very special place in your heart, most notably because of the cultural references that’ll take you way back to your Tween era and the days of Tammy Girl, school discos, and putting dance routines together in your parents’ living room. It’s got a seriously banging soundtrack to match the heavy nostalgia too — Sugababes’ “Overload,” Whigfield’s “Saturday Night,” S Club 7’s “Don’t Stop Movin,'” Kylie Minogue “Love at First Sight,” and B*Witched’s “C’est La Vie,” to name a few. The central friendship between Maggie and Birdy is deeply relatable. Maggie is a kind of Millennial Keith Richards with a penchant for bad boys and wild nights that never end. Birdy is a sweet-natured innocent who finds herself in a relationship with the most boring and stiffly conventional man known to humankind. His presence puts an almighty strain on the bond between these two BFFs, making Maggie feel abandoned and alone while Birdy enjoys the high of being in love with her first boyfriend. We’ve all been there — I know I certainly have.

Meanwhile, Maggie begins a dalliance with fuckboy supreme Street (Connor Finch) who’s in a band (of course), doesn’t have a smart phone (naturally), and refuses to travel to Camden for moral reasons not quite clear to any of us (lol OK). It’s all fine for a while because, well, he’s sexy and cool. Red flags are omnipresent, but — as many of us can relate — Maggie looks past them because she thinks she’s in love with him. 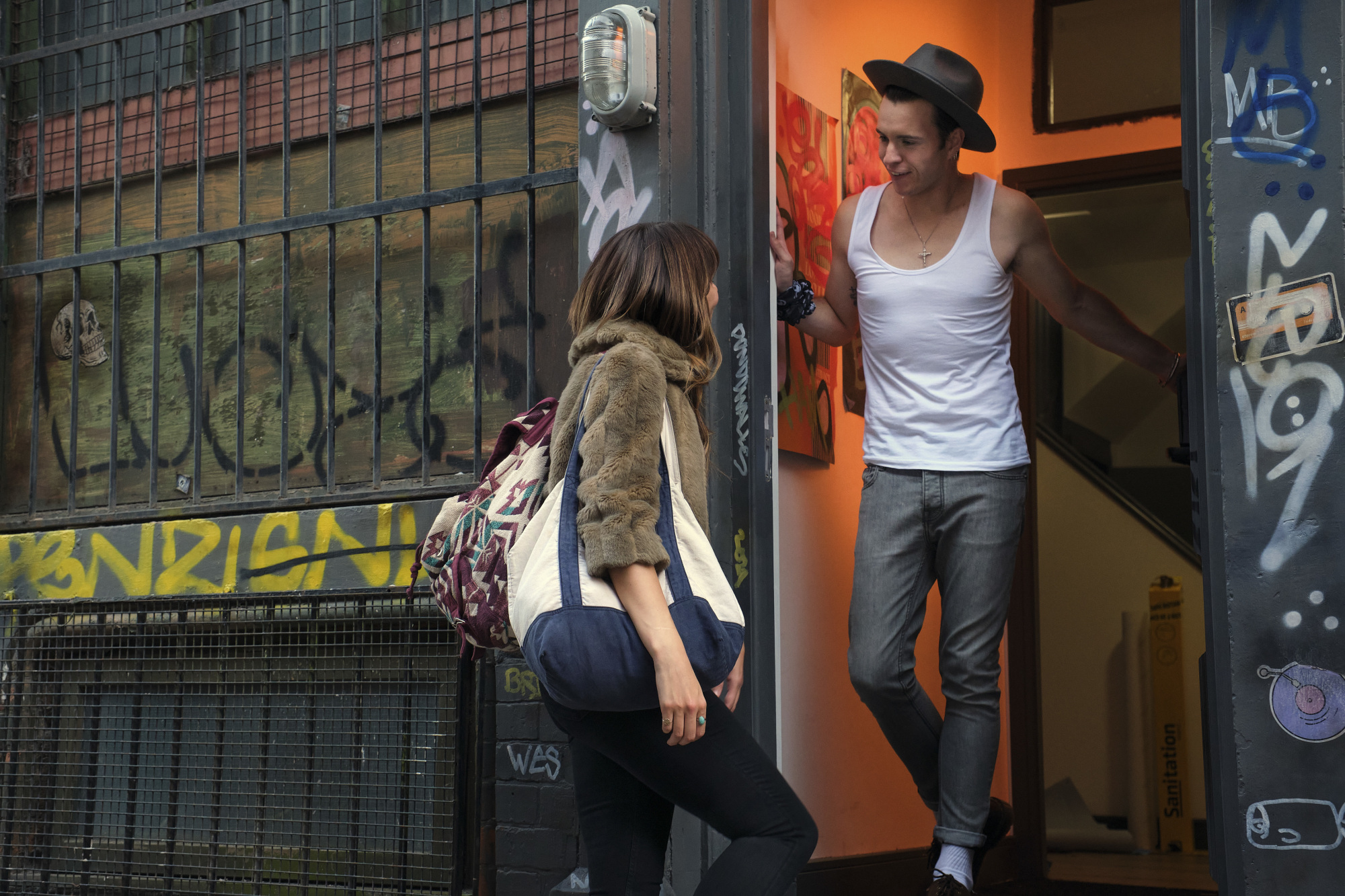 There are moments in Everything I Know About Love that’ll make you cackle so loud you’ll feel bad for your neighbours, like Maggie’s statement that she’s “pretty sure the only I got from that relationship are technicolour strains of HPV.” But in a true highlight, found in episode 1 of the series, viewers will note a dance scene that will rival Hugh Grant’s epic Love Actually boogie to the Pointer Sisters’ “Jump (For My Love)”. Maggie goes one extra, dancing in nothing but a thong to “Brothers on the Slide” by Cymande with a cigarette in her mouth the whole time. It’s fantastic.

But there are also deep lows that are real markers of this decade, like witnessing Maggie eating a block of Cathedral City cheddar in bed as she wallows in glumness, feeling like her friendship might be ending.

There are moments in ‘Everything I Know About Love’ that’ll make you cackle so loud you’ll feel bad for your neighbours.

There are also lovely flashbacks to Maggie and Birdy’s teenage years together, as they trammelled the tumultuous time of crushes on boys and glittery makeovers in the school playground. Directed by China Moo-Young and Julia Ford, and produced by Surian Fletcher-Jones, this show will make you laugh, cry, and pick up the phone to text your mates. It will fill the voids in your life left by Derry Girls, Sex and the City, Girls, and every other girl gang show you’ve ever loved.

Alderton wrote the screenplay during the third national lockdown in the UK — a time when seeing friends was pretty much banned, and having a house party (outside of 10 Downing Street) would have landed you in real police trouble. There’s something delicious about seeing a group of friends partying like there’s no tomorrow, like there’s zero consequences to their actions, like they don’t have a care in the world.

It’s a heartwarming and at times heartbreaking show that’ll feel like you’re rewatching your twenties unfold.

Everything I Know About Love will start Tuesday June 7, BBC One and all episodes will be available on BBC iPlayer from this date. Streaming details outside the UK TBC.

Stranger Things Fans Spotted Hints Vecna Was in Series One

After ‘The Trip’ – Learning to Fly With Food Allergies