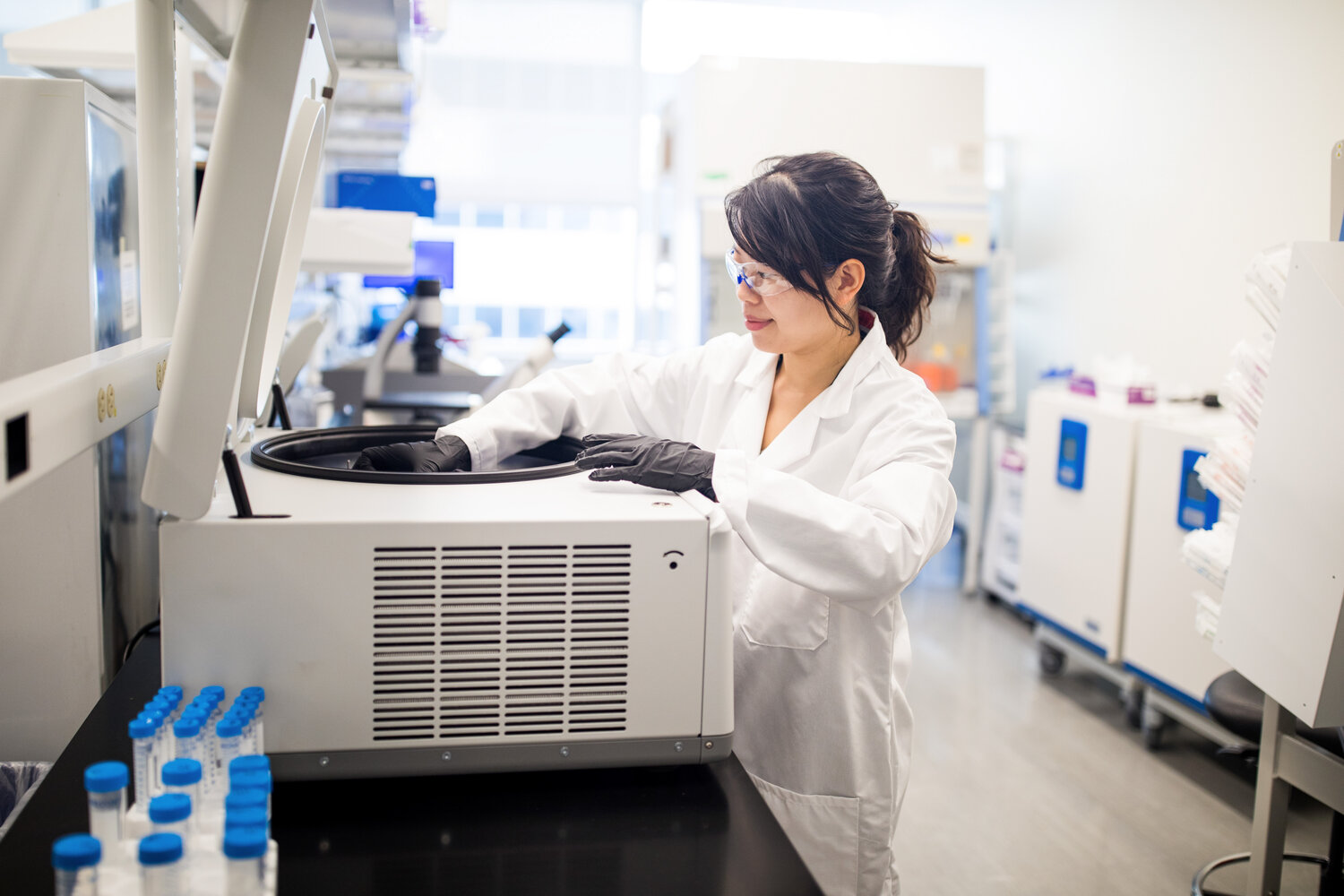 $11M+ EXPANSION AT CIC PHILADELPHIA WILL DOUBLE LAB FOOTPRINT, MAKING IT ONE OF LARGEST SHARED LAB HUBS IN THE U.S.

Cambridge, Mass.—Cambridge Innovation Center (CIC) in Philadelphia is increasing its focus on and investment in the life sciences and the needs of scientists by investing more than $11 million to double its lab space at 3675 Market Street in uCity Square. Already the largest commercial shared lab space in Philadelphia, the addition of  200+ benches, equipment, and support will make CIC Labs Philadelphia one of the largest commercial shared lab hubs in the country and CIC’s largest lab location. The company operates nine innovation campuses in Asia, Europe, and the U.S.

“Our labs have remained at 100% occupancy throughout the COVID-19 pandemic,” said Sarah Morin, interim general manager of CIC Philadelphia and VP of CIC’s North American centers. “The need for additional benches to serve scientists at every level is undeniable. Three-quarters of our existing lab clients are on our waiting list for additional space.”

A founding partner of LabCentral in Kendall Square, the nation’s premier nonprofit shared lab space, CIC has independently operated commercial shared labs in St. Louis and Miami since those centers opened in 2014 and 2016, respectively. Planning for future CIC campuses will routinely include consideration of lab needs in the market.

CIC entered Philadelphia in 2018 as one of the anchors of 3675 Market Street, at the time, the newest addition to the growing uCity Square Knowledge Community under development by Wexford Science & Technology, LLC and its partners, the University City Science Center and Ventas, Inc. Now, just three years later, CIC Philadelphia’s lab expansion will more than double the capacity for local high-growth, high-impact scientists to access the equipment, programming, and related support space they need to operate efficiently and grow. Since CIC launched in Philadelphia with lab operator BioLabs, its life sciences tenants have raised more than $1.6 billion, added more than 240 new jobs, and secured more than 65 patents.

“The expansion of CIC’s labs will further establish uCity Square as Philadelphia’s innovation address for accelerating the growth of promising life sciences companies, jobs, and cures, and propelling the regional ecosystem by ensuring that new companies have the full continuum of space, support and networks necessary to be successful,” said John Grady, Wexford’s senior vice president and Northeast Region Executive.

CIC Philadelphia currently has 137,000 square feet of shared office and lab space with wrap-around services. This  expansion will convert two office floors — approximately 50,000 square feet — into lab spaces, as well as introduce graduation labs and expand the company’s highly sought-after private lab spaces. The new graduation labs will provide spaces with 15 to 30+ benches to support larger companies, while the expansion overall will increase the number of small, medium, and large private labs available. The expanded lab space is projected to be available in Q1 of 2022. The existing lab space will remain fully functional during construction, and CIC will accommodate existing office  tenants within the facility so as not disrupt their business during the expansion.

“This is phase two of what we think is possible to support the life sciences community in Philadelphia,” said Tim  Rowe, founder and CEO of CIC. “The development underway in uCity Square, including One uCity, will provide a  pipeline that will continue to support these companies as they grow. CIC’s expansion will be a game changer in the ecosystem, providing a critical bridge for companies as they scale to supporting their own space.”

When CIC entered the Philadelphia market, it contracted with BioLabs to operate its lab space. With the success of that initial phase in Philadelphia, and its experience in St. Louis and Miami, CIC is now poised to broaden its lab operations across the board. The Philadelphia expansion is coupled with a corporate initiative to unify leadership and operations of all current and future labs under the banner of CIC Labs to connect a global network of scientists who can share space and ideas.

“We are grateful for the excellent work the BioLabs@CIC team has done to build and support the life sciences community in Philadelphia and we hope to find new ways to collaborate in the future,” said Morin.

As a leader in the concept of shared lab space, CIC offers clients state-of-the-art facilities with superior service and the flexibility for growth. Clients enjoy month-to-month terms and a full array of shared equipment and amenities.

“We believe that strengthening our focus and support for the local life sciences community will benefit West Philadelphia as a whole, as well as our diverse CIC Philadelphia ecosystem,” said Rowe. “When CIC came to Philadelphia, we pledged to help build a stronger talent pipeline. By growing to meet the needs of scientists of all levels and backgrounds, we will increase access and build upon our overall commitment to diversity and inclusion.”

CIC is a global leader in building and operating innovation communities. Founded in 1999 with a single location in  Kendall Square, we now own and operate more than 1 million square feet of shared workspace and event space in  Boston, Cambridge, Miami, Philadelphia, Providence, Rotterdam, St. Louis, Warsaw, and Tokyo. Our collaborative work environments support thousands of individuals in the for-profit and nonprofit sectors who are focused on  innovating solutions to local and global problems.

Guided by the belief that stronger innovation ecosystems help to propel economic development and social impact,  CIC has cofounded a number of mission-aligned organizations including Venture Café, our primary nonprofit  programming partner, and CIC Health, a COVID-19 response subsidiary. We invite you to learn more at cic.com.

Review: TikTok’s viral filters for learning how to apply eyeliner, contour, and and eyebrows