There’s trash in the deepest ocean depths, at some 35,700 feet beneath the surface. There’s also trash on Mars.

While looking for hints of past microbial Martian life, NASA’s Perseverance rover recently spotted landing debris caught in a jagged rock. It’s thermal material the space agency used to protect the Perseverance spacecraft from extreme temperatures as it journeyed to Mars and plummeted through the Martian atmosphere.

“My team has spotted something unexpected: It’s a piece of a thermal blanket that they think may have come from my descent stage, the rocket-powered jet pack that set me down on landing day back in 2021,” NASA tweeted from the Perseverance rover account on Wednesday. 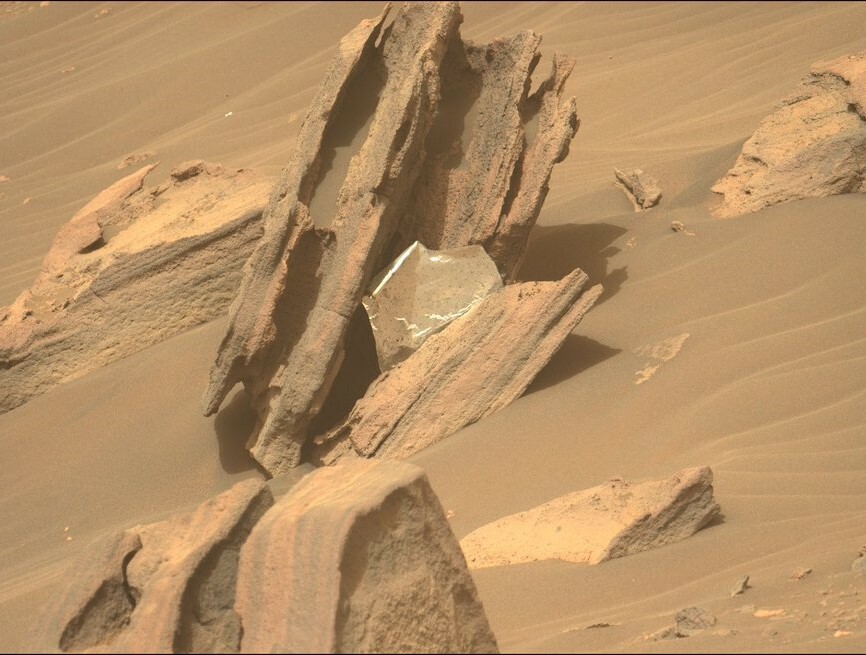 Foil from thermal material used on the Perseverance spacecraft that the rover found trapped in a rock.
Credit: NASA


How to Practice Hollow Back Handstand

A looming question is how the foil-like debris found its way to this region in Mars’ Jezero Crater, some two kilometers (1.2 miles) from where landing gear (the “rocket-powered jet pack”) crashed in the Martian desert.

“Did this piece land here after that, or was it blown here by the wind?” the space agency wondered.

The Perseverance rover expertly landed on Mars in February 2021. On its way down, the spacecraft holding the rover ditched a variety of instruments and objects, including a heat shield, a supersonic parachute, and a rocket-powered sky crane that lowered the rover to the ground. The car-sized robot has already rumbled by its jettisoned parachute, so it’s not terribly surprising the rover now stumbled by more landing debris.

Perseverance doesn’t have much time to admire trash. It’s now entering the prime of its mission as it explores a dried-up river delta in the Jezero Crater. Some 3 billion years ago, NASA’s planetary scientists suspect this area was filled with water.

“This delta is one of the best locations on Mars for the rover to look for signs of past microscopic life,” NASA said.

Why Does My Appetite Change So Often?

The cells that keep fungal infections at bay

Is the BMI Accurate? Everything Wrong With the Body Mass Index